So apparently prison turns people into homosexuals. According to Ben Carson, a neurosurgeon and potential presidential candidate, stated on CNN, “A lot of people who go into prison— go into prison straight, and when they come out they’re gay.” Many critics including an ex-convict don’t believe in Carson’s belief that a heterosexual can go into prison and turn homosexual when the person is released from prison. This particular ex-convict and champion for the formerly incarcerated, Stanley Richards, who finished his last sentence of 4 ½ years, knows for a fact that prisons do not make people homosexual. Richards is the right person to state his opinion on Carson’s statement because he went into prison as a heterosexual and is still a heterosexual when released. Through Carson’s statement on CNN, it shows that Carson does not fully understand what actually occurs in prisons and the identification of homosexuality, as stated by Richards. Perhaps Carson is referring to the phrase that goes on in prison showers, don’t drop the soap. The phrase “don’t drop the soap” is implied when an inmate drops the soap and bends over to pick up the soap, another inmate may rape the person from behind. An inmate who was raped does not automatically change his sexuality because he or she was raped. Rape in prisons has nothing to do with choosing to become homosexual. 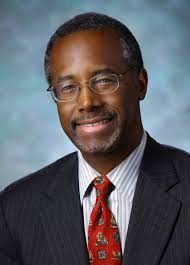 To view the video please click the following link:

One thought on “Homosexuality in Prisons”